I grew up in the 1980's - at least that's when I was a teenager. And during that timeframe, I guess you could say that I was a typical teen. I wasn't overly wild and crazy but I had my moments and definitely liked to go to parties with my friends, get away with the occasional fib to my parents that generally consisted of staying out way too late and being in a few places that I probably shouldn't have been.

As a teen of the 80's, I dressed in pretty typical 80's fashion and definitely liked to shop. I went through my Madonna look-alike phase with the blond hair (I have good 80's hair even to this day) and rubber bracelets. And I had been known to don a miniskirt or two. In my 20's, I traded the Madonna clothing for more snug fitting items that showed off my then cute figure. And I spent my share of time in bars and clubs with friends.

Fast forward to 2011. Yes, I'm in my 40's and have 2 kids, a husband, a house, a career and rarely get out for a wild girl's night out. But recently, a few friends who I lived with after college and I went to Foxwoods Casino for the weekend to catch up, have some great food, and go out to a few bars. While we were there, we visited a club called Shrine. I had never heard of it but apparently it's a fairly well known locale for 20 somethings in the New England area. So, we made a reservation for dinner and then planned to stay there for dancing, drinks, etc.

After dinner was over, we went downstairs to the bar/club area. Of course we got there at about 9:30 so there was hardly anyone there yet. We sauntered up to the bar and were greeted by 3 female bartenders - of course they were young and beautiful. No surprises there. But what struck me was the dress code that consisted of a black bustier tied extremely tight so that they were overflowing along with some combination of fishnet stockings, garter belts, shorts (if you could call them that) or skin tight pants that were slung very low.

From there, the "club girls" began to enter. And every single one of them was wearing a very short dress with little underneath and 6" heels. In contrast, my friends and I were dressed in nice jeans, sandals and fitted T's or light sweaters. You can only imagine how we stood out in that crowd.

Another thing I noticed: for all of these unbelievably sexy outfits, every guy who was there looked like a "schlep" almost without exception. Jeans, flannel shirts, a few in button-downs but they were the exceptions. It left me wondering if these were just the temporary guys and that there would be some influx of Armani-clad men with great shoes and haircuts that would greet these glamorous girls. But they never arrived.

So what does all of this mean? I am not a prude by any means. I consider myself to be a very open-minded individual. But I can't help but wonder what these women are thinking when they dress like that. I am a firm believer in self confidence and looking/feeling your best. But does that mean that you have to look like a prostitute? Is it not better to leave a little to the imagination rather than letting everything hang out? And why don't the men feel compelled to dress up and look better for these women that I assume they are trying to meet?

I'm sure that my parents asked similar questions in the 80's. In their generation, men courted and were courteous of women. But things have certainly changed; women now compete with men on all levels and this shift has had an impact on how we interact with each other. But if that's the case, then shouldn't we have even more power to not give in to the sexual stereotypes? Doesn't that mean that we can use our individuality to be different? Or are we so desperate for male attention that we will use any means within our power to get it?

I don't know the answer but I think it's something we need to think about as women, especially as we try to be role models for our daughters. I personally hope that my daughter grows up to be the confident young woman I know that she can be - someone who is smart, funny, and beautiful both inside and out. And I hope that she understands that she has choices. At the end of the day, that's what it's really about to me. We have choices that earlier generations never even dreamed about. As women, it's our responsibility to take advantage of these to propel ourselves forward.

Getting Out of the Office

If you're like me, you're always trying to squeeze in the last few minutes before you have to race out of the office to pick up your kids. I just read this article out on the Working Mother Magazine website called, Exit Strategies: Getting Home. In the article, the author provides some tips on ensuring you leave the office on time. These include:

I have a hard time with any and all of these. I'm always trying to get in that last email, that final finishing touch on my presentation. And heaven help me if I get stopped by a coworker as I'm racing out with my bag and coat in hand...then all bets are off and I'm racing out of the parking lot like a mad woman. I just don't know how to say "no" sometimes and then I curse at myself as I sit in traffic at 5:25 knowing that I will likely be late in picking my kids up. And that causes me immense guilt since I want to spend as much time with them as I can. And couldn't that last email have waited? Couldn't I have just told that coworker that we would have to discuss the topic tomorrow since I have to pick up my kids?

I'm reading a book called, Good Enough is the New Perfect in which the authors describe working Moms as either being in the Never Enough camp or the Good Enough camp. The idea is that for some of us, we can never find satisfaction because we are always trying to get it all done perfectly. And for others of us (I should say "you" since I unfortunately fall into the former camp), we have decided that we can't realistically do it all perfectly and have to accept that some things are "good enough" in order for us to enjoy our families and to have our sanity and happiness. I think that my obsession with getting in that last 5 minutes at work and finishing up those final conversations comes from the thought that I should be able to manage all of this and still get my kids on time.

But I can't. So I need to take advantage of those Working Mothers' tips listed above. I need to shut down my computer at 4:40 to ensure I can get out the door on time. I need to say that I can't stay for another 5 minutes to discuss that topic. These things would be a step in the right direction. So tomorrow, I'm going to try to be Good Enough and get out the door when I need to. I'm vowing to get in my car on time and pick up my kids well in advance of school closing. That last email will have to wait.

Cheers,
Renay
Posted by Renay at 12:19 AM No comments: 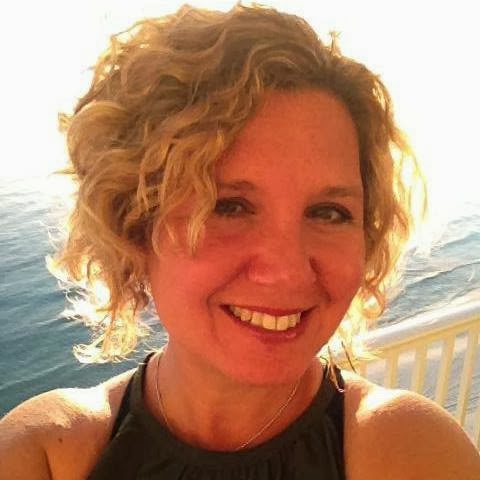